Does a Zero Fecal Egg Count Test Result Mean My Horse Does Not Have any Parasites or Worms?

What Does a Zero Fecal Egg Count Mean?

A zero (0) fecal egg count test (FEC), sometimes called a clear result, is not uncommon among horses. The American Association of Equine Practitioner's table below shows that up to 75% of the horse population are low shedders which would include horses with zero egg count test results (see sidebar - Who is the AAEP?).

Table 1- Suggested guidelines for classifying horses into different levels of strongyle egg shedding and the expected percentage of the horse population belonging to each group (Kaplan and Nielsen, 2010).

However, a zero fecal egg count test result does not necessarily indicate that your horse is free of parasites; it only means that any adult worms that may have been present in your horse were not actively shedding eggs at the time you tested.

According to the Handbook of Equine Parasite Control (Martin K. Nielsen, M.K., Reinemeyer, C. R., 2018), “… a fecal egg count performed by someone capable of recognizing a parasite egg generally has a high positive predictive value, so a positive egg count means infection."

A positive predictive value is the proportion of samples with positive test results that accurately represent truly infected horses.

That's scientific speak for barring anything strange; if your horse’s fecal egg count test results detected worms, then your horse has worms.

Who is the American
Association of Equine Practitioners? 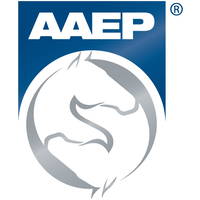 The AAEP's goal is to direct the focus of equine veterinary medicine by improving the health and welfare of the horse, to further the professional development of its members, and to provide resources and leadership for the benefit of the equine industry.

On the other hand, negative predictive values are usually lower, meaning that horses with negative egg counts (a.k.a., zero egg counts) can still carry worms. Or just because your horse received a zero egg count test result does not guarantee that your horse is NOT harboring any parasites or worms.

Furthermore, fecal egg count tests do not reflect any parasite larva burrowed into your horse’s intestines (encysted larvae) or the developing larva still making their way to your horse intestines (migrating and Immature larvae).

Despite these limitations, routine FECs are recommended for two purposes:

As a matter of fact, the American Association of Equine Practitioners (AAEP) states that "Fecal egg counts can be used to select the moderate and high egg shedders for anthelmintic treatment."

The more you test the more consistent the answer. 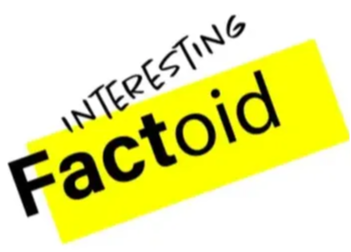 So why would my horse get a zero egg count test result?

The first is that your horse is a low contaminator due to a permanent inherited genetic trait (i.e., a consistent low shedder). This would be demonstrated by your horse, continually receiving low fecal egg counts test results, even without being treated for worms.

The second reason for your horse’s zero fecal egg count test result could be from a lack of historically exposure to high levels of parasites. Horses in this category are most often from environments that limit exposure to infectivity such as constant confinement, very low stocking densities (e.g., 1 horse per 5 acres), situations that feature diligent manure management or occur in regional climates that are not conducive to certain parasites (e.g., the arid parts of the United States).

The fourth and final possible reason for your horse’s zero fecal egg count test result is that his parasite exposure in previous grazing seasons has stimulated partial immunity to some of the parasites causing reduced parasite egg production.

Testing is only part of an Equine Parasite and Worm Control Program.

Keep in mind that testing is only one of three important elements of a comprehensive sustainable parasite and worm control program. Treatment and environmental management also play important roles in controlling your horse's parasite burden. Testing and treating your horse for parasites and worms takes less than a day or two annually In terms of time and effort. It’s managing your horse’s on-going exposure to parasite reinfection the other 363 days of the year that has a much more significant impact on your horse's well being.

How many parasites are lurking in your pasture?

Which Deworming Program is Right for Your Horse?